Massage Therapy Terminology
Adrenalin - the common name for epinephrine; this is a naturally occurring chemical in the human body that increases heart rate, and dilates blood vessels and airways in the lungs
Arterial blood flow - blood flow that is under direct pressure from the heart; this blood is rich in oxygen from the lungs and nutrients from digestion
Autonomic nervous system - the portion of the nervous system that controls the dynamic, involuntary activities of body systems, e.g., heart rate
Bodywork - the array of skillful touch techniques that historically were part of medicine or a culturally based touch therapy
Chakras - proposed Hindu-based energy centers in the human body aligned from the base of the spine to the top of the skull
Chi - proposed Oriental-based energy that is considered universal and proposed to blow around the body and along body meridians
Cranio-sacral therapy - a touch therapy that focuses on the movement of cerebrospinal fluid; i.e., the fluid that surrounds the brain and spinal cord
Deep tissue therapies - the array of touch therapies that focus on relieving unhealthy holding patterns in body fascia
Energy fields - proposed fields associated with the electrical, atomic, or metaphysical nature of matter, e.g., a thought field or aura
Holding pattern - the restricted way a person holds or moves the body or a body part, either via a conscious or unconscious process (auto-splinting)
Intercellular fluid - the fluid that surrounds cells in any capillary bed in the body; it is primarily the fluid that diffuses from an artery to "feed" cells in a capillary bed
Fascia - fibrous connective tissues that surround, connect, and bind the soft and hard tissues of the body
Kidney - the organ that filters metabolic wastes and other materials from the blood, adjusts the pH of the blood, and produces urine for elimination
Ligament - the connective tissue that binds bones to bones
Liver - the organ that makes bile for digestion of fats, detoxifies a variety of compounds from the blood, and is responsible for a host of biochemical conversions and syntheses
Lymph - the fluid found in lymphatic vessels that is similar in composition to blood plasma; it contains lymphocytes which are part of the body's "floating" immune system
Metaphysical - founded on speculations about the ultimate composition of reality; beyond the observations and methods of science. For example, chi and prana should be considered metaphysical since they cannot be measured by scientific instruments; thus, they cannot be considered to be real, as far as science is concerned
Meridians - the 14 or more chi channels in the body proposed by Traditional Chinese Medicine ​
Metabolic reactions - the unimaginable number of chemical reactions that occur in the cells, tissues and organs of the body every second
Mind - a metaphysical construct that normally addresses human consciousness, but may imply religious beliefs, as well as the possible consciousness of all matter; or, the self awareness and intellectual activities that result from the feedback loops processed by the cerebral cortex every second
Myofascia - the fibrous connective tissue that surrounds muscle tissues in the body
Parasympathetic nervous system - one of the two divisions of the autonomic nervous system, i.e., the system that controls our unconscious, involuntary responses such as our heart beat; as a system, the parasympathetic normally opposes the effects of the sympathetic nervous system, i.e., the parasympathetic state tends to slow down metabolic activity in the body
Peristalsis - the rhythmic contractions of the smooth muscles in a tubular structure that moves its contents in a particular direction
Physiological - concerning body structures or systems
Psychological - concerning the mind, spirit, intellect or emotions
Reflexology - the touch therapy that stimulates small zones on the hands, feet, or ears that are hypothesized to be associated with internal organs
Relaxation response - a parasympathetic nervous system response that tends to slow heart rate, breathing, and lower blood pressure
Skeletal muscles - the muscles attached to the skeletal system that are involved in involuntary (reflexes) and voluntary body movement
Smooth muscles - the muscles associated with the involuntary activities of internal organs
Stress - good stress (eu-stress) gears up the immune system and promotes healthy tissues, e.g., good muscle tone; too much stress can cause loss of optimum functioning in cells, tissues, organs, or whole being
Sympathetic nervous system - one of the two divisions of the autonomic nervous system; as a system, it normally prepares the body for physical activity by speeding up chemical activities via adrenalin production
Tendon - the dense, connective tissue that attaches muscle to bone
Tissue fluid - the fluid that surrounds cells; it allows for the transport of materials into and out of the cell
Trigger point therapies - the group of touch therapies, e.g., neuro-muscular therapy and myotherapy, that focus on specific areas in muscles or tendons where "knots" or "tender points" exist
Venous blood flow - blood that is returning to the heart via a vein; compared to arterial blood, it is normally lower in oxygen and higher in carbon dioxide, and higher in metabolic wastes
Wellness - the subjective state of being that integrates the dynamic equilibrium of our different internal dimensions: physical, emotional, intellectual, psychological, and spiritual
Yin-yang - the Chinese cosmic principles that demonstrate themselves in nature as classic dualisms in dynamic balance, e.g., male-female, internal-external, light-dark, rising-falling, or hot-cold 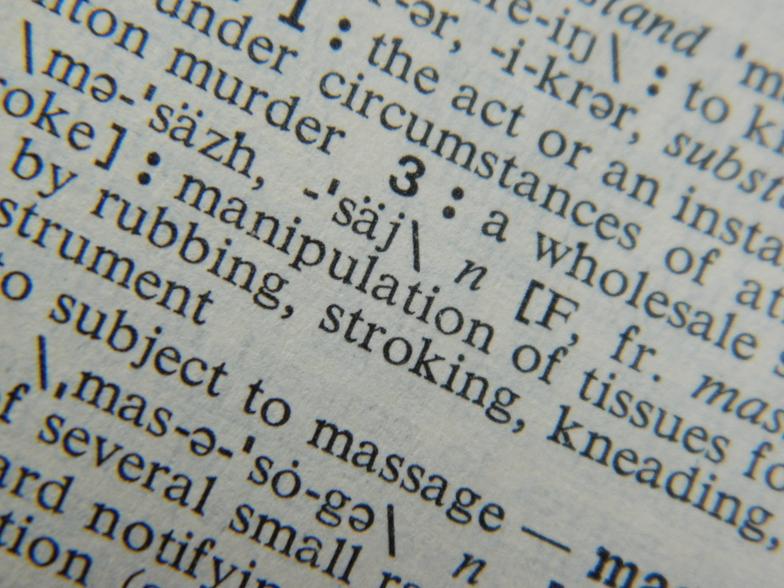 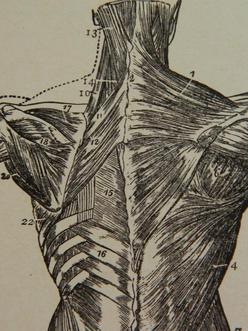 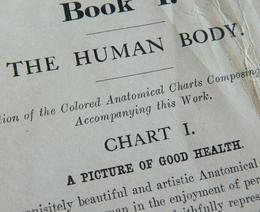