Massage Therapy Techniques
When Uggh hit his head on the ceiling of the cave, he yelled, then reached up and started to rub the bump on his head. Somehow the rubbing made it feel better. We all have experienced this "uggh" moment, and massaged the injury because it seemed like the right thing to do to relieve the pain. How did this almost instinctive urge to rub away the pain become massage therapy?
Based on ancient medical texts, massage techniques were used by Greek, Roman, and Chinese doctors. Also, world travelers have observed and described various types of massage therapies in many cultures for centuries. Thus, it is difficult to establish the exact birthplace of massage and bodywork; however, we do know that massage, as a therapy, has appeared and flourished around the globe simply because it is effective and straightforward.
In the United States, there are currently more than 200 named massage and bodywork styles, called modalities. This diversity makes any classification attempt very difficult. To simplify this world of touch therapies, let's divide massage and bodywork styles into four categories: three that reflect differences in cultural origins and focus (Western, Eastern, mind-body), and one catch-all category.
Western styles mainly focus on physical structures, such as muscles, bones, fascia, body fluids, and nerve/tissue interfaces. The overall intent of the manual therapy is to alleviate dysfunction. Traditional and contemporary Western styles are based on handwork that originated along the Mediterranean, in Europe, and in Scandinavia.
The most common Western modalities are Swedish massage, trigger point therapy, manual lymphatic drainage, and deep tissue massage. These are the modalities most often used by massage therapists, physical therapists, and chiropractors. In all its forms, Western massage tends to apply direct or gliding pressure to the skin to cause positive changes in the underlying soft tissues, or to stimulate the relaxation response via parasympathetic nervous system activation.
Eastern styles are mainly directed at the flow and balance of an unmeasurable energy, called chi or prana. The handwork in these styles is directed at unblocking and balancing chi or prana in the body. Therefore, Eastern modalities have another way of viewing how the human body functions, compared to Western anatomical descriptions. In part, this is due to the ancient traditions in Eastern cultures that disapproved of dissecting the human body.
For example, in Traditional Chinese Medicine, the human body is believed to be traversed by a minimum of fourteen meridians, or energy pathways that carry chi throughout the body. Along each meridian are special places called acupuncture points. In Chinese massage, called tui na, the focus is on stimulating the flow of chi along the meridians because illness is believed to be associated with blocked or unbalanced chi. Another Eastern modality, Ayurvedic massage from India, focuses on the beneficial flow of prana energy through unidentifiable body structures, called chakras. In this modality, the human body is considered to have seven chakras that are located from the base of the spine to the top of the head. The primary focus of Ayurvedic massage is to release blockages in the chakras so that prana will flow more easily.
The third category combines elements of Western massage with the growing body of medical knowledge regarding mind-body approaches to stress management and wellness. For example, movement re-education modalities are mind-body modalities. As a group, they focus on increasing body awareness via mindful and slow physical activities. In modalities such as Trager, Alexander, and Feldenkrais, the therapist leads the client though a series of movements that are designed to make the client more aware of holding patterns that keep the body from achieving a state of relaxation. In general, these therapies use verbal communication, touch, and guided movement to promote this mindful state and reduce chronic holding patterns. Also, many medical schools and teaching hospitals now provide mind-body classes to educate patients so they can understand and cope with the emotional and spiritual aspects of chronic pain or terminal cancer. The main focus of these classes is to help doctors and patients understand and use the power of the "mind" to create positive outcomes when struggling with an illness.
The fourth category of techniques includes dozens of newly named modalities. This list is too long to present here. Some are named after the person who developed the technique, while others carry a name that implies the technique is scientifically based (even though it may not be); and, many of these techniques have merit. Since massage therapy is rarely covered by insurance, it is the best policy to research any "claims" about a technique via books and the Internet, and to talk about these "claims" with your physician. A good dose of skepticism is warranted when the claims for a single technique are "too good to be true", or when one technique claims to be "a cure all".
If you are planning to get a massage, read more about massage therapies and bodywork techniques. Then, find a good therapist and get a weekly massage for one month, and evaluate how you feel and the changes you are experiencing.
If you are currently receiving massages, ask your massage therapist about the techniques and approaches that she or he applies during your session, and about the therapy notes taken during your sessions. If the therapist does not take notes on your sessions, then discuss the importance of this database in your long-term therapy plan. But don't stop there! After each massage, have a continuing dialogue with yourself and others about the mental, physical, emotional, and spiritual benefits of the therapy.
Whether you are a newcomer to the work or an afficionado, I believe you will find that you will experience more appreciation for the therapy when you are actively engaged in the therapy process.
Michael D. Hudgins 1999, 2003, 2008, 2013 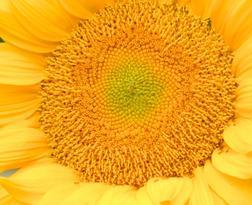 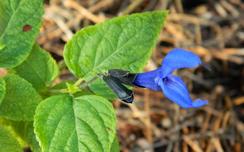 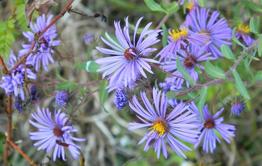