In-house Secular Yoga Therapy
Since 2009, Dr. Hudgins has been working collaboratively with yoga therapist (IAYT) and music teacher Melinda Welch, of ReCreation Movement. Her secular-yoga work with his clients always produces positive results. The yoga form she teaches is gentle, adaptive and scientifically based. Mindy is a graduate of Heartwood in Birmingham, AL.
Mindy's overall intent is to help people, who are typically over 30, to work with their perceived and real physical limitations. This approach honors the reality that a body's "holding patterns" and "movement" limitations can, generally, be overcome, and that flexibility and strength can be built gradually, over time.
Also, her adaptive approach to "secular yoga" therapy (scientifically-based athletic  stretching) is a great help to people who have realized that their "gym approach" to fitness has reduced their flexibility. Her yoga form is best described by the phrase "slow and steady wins the race". This phrase is more or less the lesson learned from Aesop's fable "The tortoise and the hare".
For more information about Mindy and her work, call her at 201-1530 or visit her web site at www.ReCreationMovement.com.
1 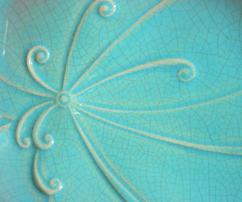